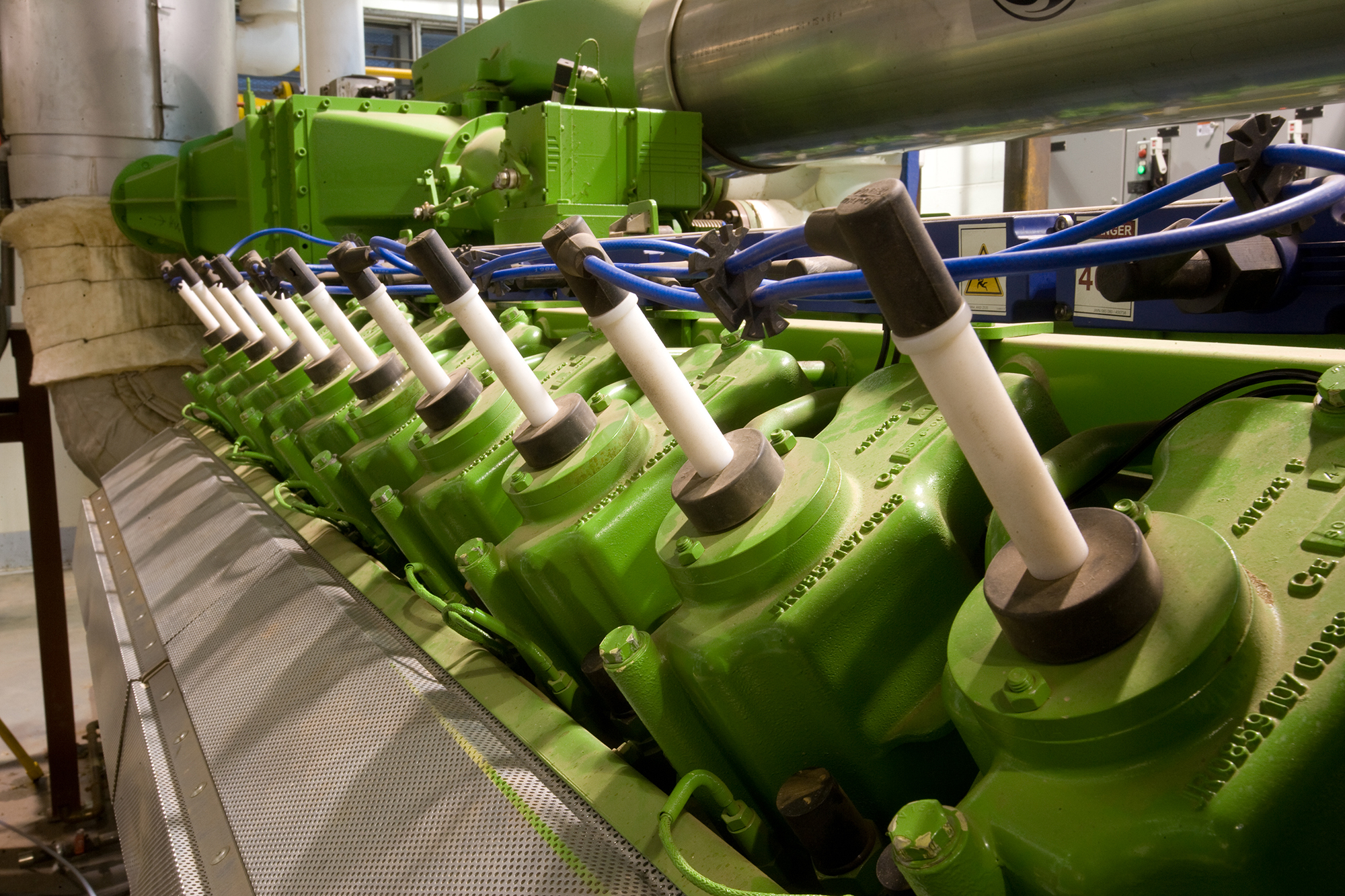 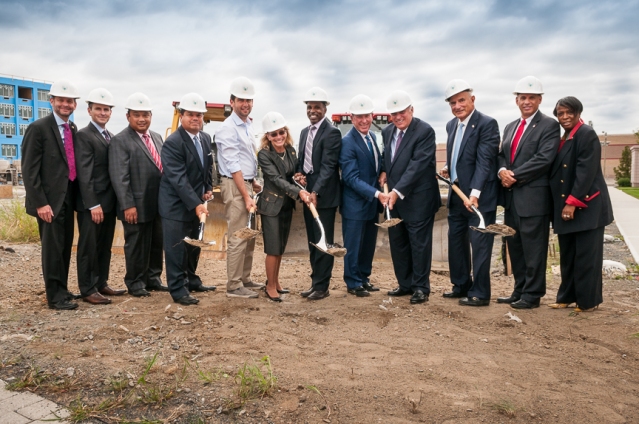 At the groundbreaking ceremony, NJCU President Sue Henderson called the University Place Redevelopment Project “a game changer” and said, “We are moving another step closer to revitalizing our city’s west side and to providing NJCU students, faculty, and neighbors with a welcoming place to live, work, dine, and shop. Think of the enormous impact these buildings and future University Place projects will have on our community.”

Dr. Henderson added, “University Place is a collaboration that was conceived more than a decade ago. It began as a vision of NJCU’s Board of Trustees, Foundation Board, and executive leadership team. Working together with forward-looking City, County, and State officials who saw the need for the revitalization of Jersey City’s west side, University Place was launched as a “P3” – Public Private Partnership – thanks to the engagement of a team of entrepreneurial developers. The buildings are constructed at no cost to the NJCU students or the University.”

To read more stories about NJCU, scroll down:

The $83 million P3 (Public-Private Partnership) residential project, led by KKF University Enterprises, LLC, will build two buildings that together will have 301 market-rate apartments, more than 11,000 square feet of transformative commercial space on West Side Avenue, and parking for 303 vehicles. The first building to be constructed is the 205,400 square foot, $43 million apartment building, which will have 149 apartments and 151 parking spaces. Occupancy for KKF University Enterprises’ first building is scheduled for fall 2018.

Dr. Henderson stated, “The West Campus Village Residence Hall was the first step in our journey to a P3-designed, state-of-the art campus and revitalized community. NJCU then contracted with Strategic Development Group to assist in the development of other commercial P3 projects and ensure sound long-term ground leases for the University.”

The first commercial building at University Place, being developed by Claremont and Hampshire, is a 205,400 square foot, $50 million apartment building. The building will have 163 apartments and 151 parking spaces. Occupancy for this first building is scheduled for spring 2018.

Future construction will bring additional shops, a supermarket and other retail amenities, along with ample on-street parking and garages. Also planned are academic and non-academic facilities, including a center for the performing arts. 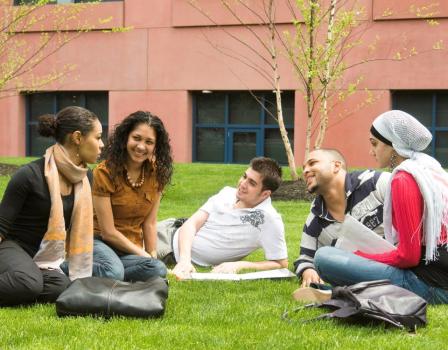 The University of Diversity

New Jersey City University is a beacon for multi-culturalism

From its early beginnings as New Jersey State Normal School in 1929, New Jersey City University (NJCU) has transformed itself from a small teachers college into a more comprehensive, competitive, and diverse public university. With this history in mind, the University has become a beacon of higher learning for New Jersey’s lifelong learners.

As a magnet for diversity, NJCU provides its students with a rich, multi-cultural learning experience and perspective. This focus on the campus dynamic of diversity harkens back to the lessons learned from the venerable intellectual Henry Adams, who reflected on his education at Harvard by noting how little learning occurred as all students were the same – “boys brought up together under like conditions have nothing to give each other…. their attitude was a law of nature; their judgment beyond appeal, not an act of either intellect or emotion or of will, but a sort of gravitation.”

More recently, the Pew Research Center published The demographic trends shaping American politics in 2016 and beyond – “in an era of head-snapping racial, social, cultural, economic, religious, gender, generational and technological change, Americans are increasingly sorted into think-alike communities that reflect not only their politics but their demographics.”

The diversity of NJCU’s enrollment did not happen by accident. There was a well-defined, planned commitment to reach out and attract a diverse student population. As a result, U.S. News and World Report ranked NJCU as the best public school in New Jersey for ethnic diversity. Impressively, Washington Monthly ranked the University #2 in New Jersey for serving students in need. Beyond its rankings, NJCU has been designated as a top tier Latino serving institution.

By leveraging these several diversity achievements, NJCU won a $5.7 million U.S. Department of Education grant to support the implementation of “a program of interventions intended to increase the number of Hispanic and low-income students attaining degrees in six STEM (Science, Technology, Engineering and Math) fields at the University.”

Uniquely, the University’s diversity initiative draws on the best practices of a progenitor at Queens College. The success of the Queens College initiative reported that a more diverse student body leads to more diverse cultural perspectives and increases proficiency of critical thinking, communications, problem-solving skills, and ultimately student academic and career success.

NJCU can take pride in its support for study abroad programs in places like Japan, Scotland, South Korea, Trinidad, and the United Kingdom. For its part, the University provides support for eligible students through scholarships such as the Global Citizens Scholarships for Study Abroad. At NJCU, more than 100 nations are represented among the ranks of the student body. These students include both dreamers and other newcomers to American soil.

As NJCU continues to grow and evolve, the voices of this diverse student population are becoming key drivers in the University’s future growth and development. Just check out the new West Campus Village that opened in August 2016, consisting of double and single apartments and amenities such as a lounge, community kitchen, game room, multi-purpose classrooms, music practice rooms, outdoor courtyard with open green space, and fitness center – the first building built on NJCU’s West Campus. This collegetown style development on Jersey City’s West Side neighborhood, known as University Place, will create new vibrant venues and sustainable jobs.

Perhaps, most importantly, NJCU students have the lowest debt burden of all public 4-year colleges and universities in New Jersey, which in part earned the University the ranking of one of the Top 10 Best Bang for the Buck schools in the Northeast by Washington Monthly. The debt free program for students from families whose income is 60K or less ensures that students leave NJCU debt free.

Remarkably, in a relatively short period of time, NJCU has leveraged its diversity agenda to become more comprehensive and more rigorous at the same time – a rare combination, because becoming bigger often means losing the soul of the institution – this is not the case at NJCU.

Sue Henderson, president of NJCU, put it nicely this way:

“New Jersey City University thrives in a diverse socio-economic landscape. We are laser-focused on continually evolving our value-proposition to ensure a rigorous and fulfilling college experience to any ambitious, academically-curious, resident of the State. In the face of declining state support and needier students, we are far more entrepreneurial, efficient, creative and nimble in every aspect of our institution.”

—James Martin and James E. Samels are authors of Consolidating Colleges and Merging Universities (Johns Hopkins University Press, 2017). Martin is a professor of English at Mount Ida College (Mass.) and Samels is president and CEO of The Education Alliance. 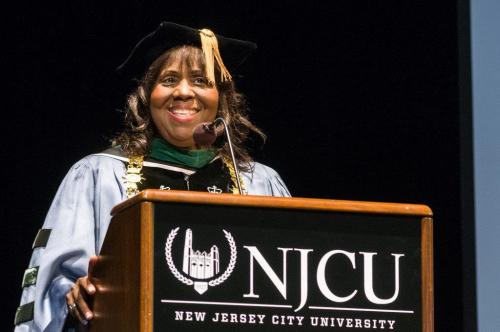 An academic procession was led across campus to the Margaret Williams Theatre by 51 students bearing flags of the home nations of students enrolled at the University.

Collin Officer, president of the Student Government Organization, addressed the University community on behalf of the student body. Mr. Officer encouraged his peers to be involved in student government and other organizations, and urged them to participate as active volunteers on campus.

An inspirational keynote address was then delivered by Yvonne S. Thornton, M.D., a double board-certified specialist in obstetrics, gynecology, and maternal-fetal medicine who is an outspoken advocate on women’s health issues. Dr. Thornton relayed the story of her family’s triumph over racism and journey to personal and career achievement. She shared stories of her father’s determination to see his five daughters achieve success and move to a better life through higher education and careers in the medical field.

Dr. Thornton described her ascent to the top of her field in the male-dominated world of academic medicine and credited her achievements to her father’s life lessons, which taught her to attain her goals through perseverance and the will to rise above adversity.

She urged students to go forward and achieve their dreams, saying, “Nothing is impossible… What you can conceive in your mind, believe in your heart, you can achieve with your efforts.”

Dr. Thornton is the first black woman in the United States to be board-certified in high-risk obstetrics and to be accepted into the New York Obstetrical Society. She has been listed in New York Magazine as one of the top 10 maternal-fetal medicine specialists in New York City.

Dr. Thornton is the author of the national best-selling memoir, The Ditchdigger’s Daughters, which was published in 1995 as a tribute to her parents. Featured on the “Oprah Winfrey Show,” the book was translated into 19 languages, adapted for a World Premiere Movie, and nominated for the Peabody Award and the Cable ACE Award for Best Picture. She also authored the medical text, Primary Care for the Obstetrician and Gynecologist.

As senior perinatologist in the Department of Obstetrics and Gynecology at The New York Hospital-Cornell Medical Center, Dr. Thornton established and developed the program for a new form of early, prenatal diagnostic testing known as CVS, or, chorionic villus sampling.

At a reception on the Raines Plaza following the Academic Convocation, about 100 members of the University community waited patiently to thank Dr. Thornton for her inspirational speech. She offered words of encouragement and signed of copies of her memoir, The Ditchdigger’s Daughters. 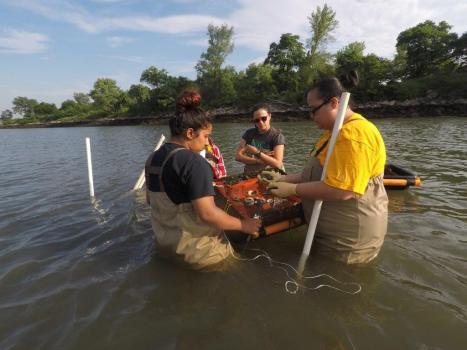 NJCU Assistant Biology Professor Dr. Allison Fitzgerald is leading the charge to preserve one of the largest oyster reefs in New York City. Located at the convergence of the Bronx and East rivers off the shoes of Soundview Park, the site is home to thousands of the mollusks. Fitzgerald organizes regular visits to the reef with NJCU Biology students and groups of New York-based “eco-volunteers.” They clean the habitat, protect the oysters from diseases and invasive predators, and conduct biological experiments.

Last summer, NJCU biology students Raysa Dominguez, Margaret Ramirez, and Marily Ruiz (pictured left to right) worked with their professor, analyzing samples from the oyster reef. They measured samples for size and listed all invertebrate organisms found. The students were supported on their summer research projects through grants to the Biology Department from the U.S. Education Department Minority Science & Engineering Improvement Program (MSEIP) and the Hispanic Serving Institution (HSI) STEM grants to the Biology Department.

It’s important work, notes The Wall Street Journal, which featured Fitzgerald’s environmental efforts in its July 10 issue. Oysters aren’t only valuable because of the pearls they produce; they serve an important ecological function. A single oyster can filter up to 50 gallons of water a day and large reefs along river shorelines serve as a natural barrier against storm flooding. 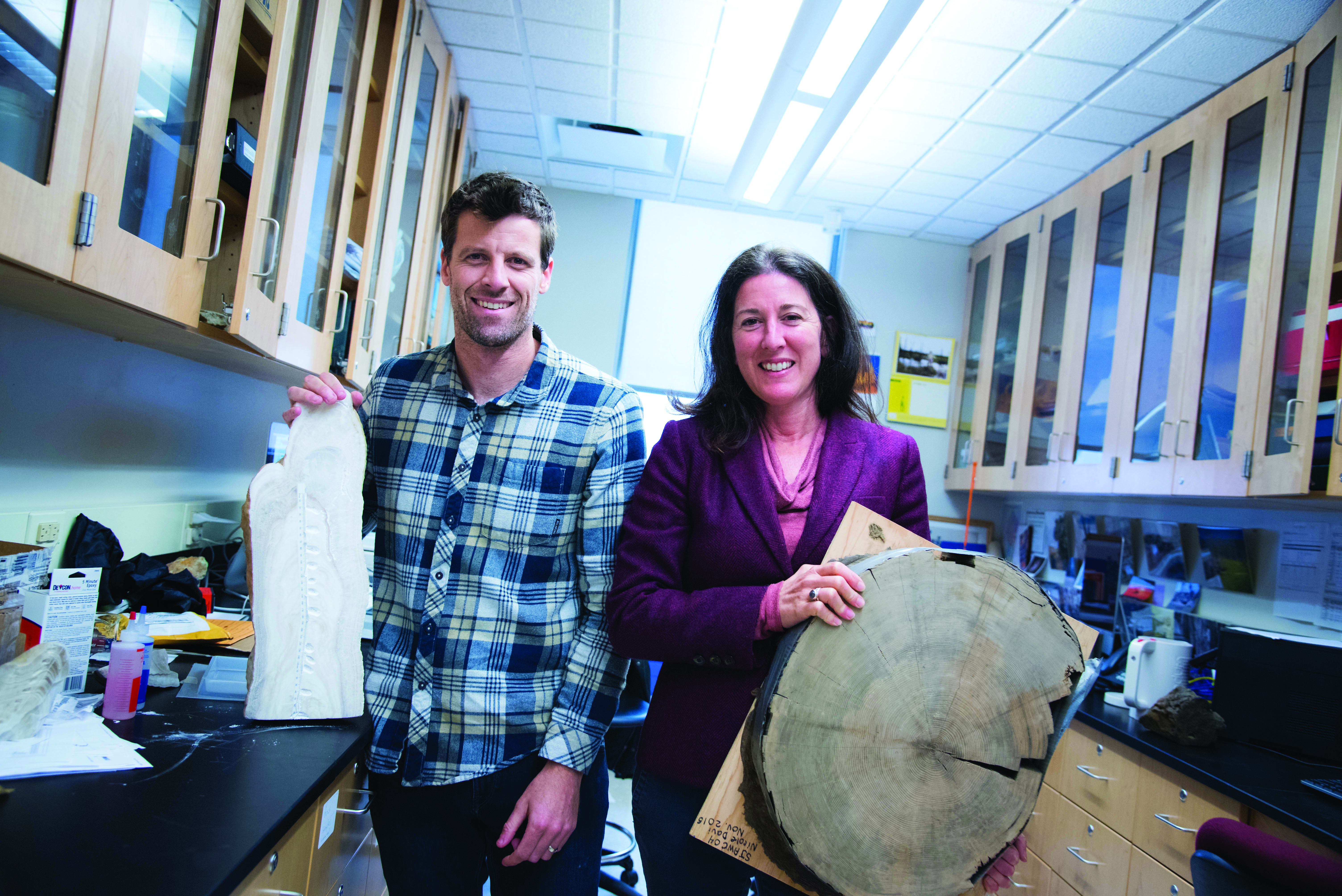 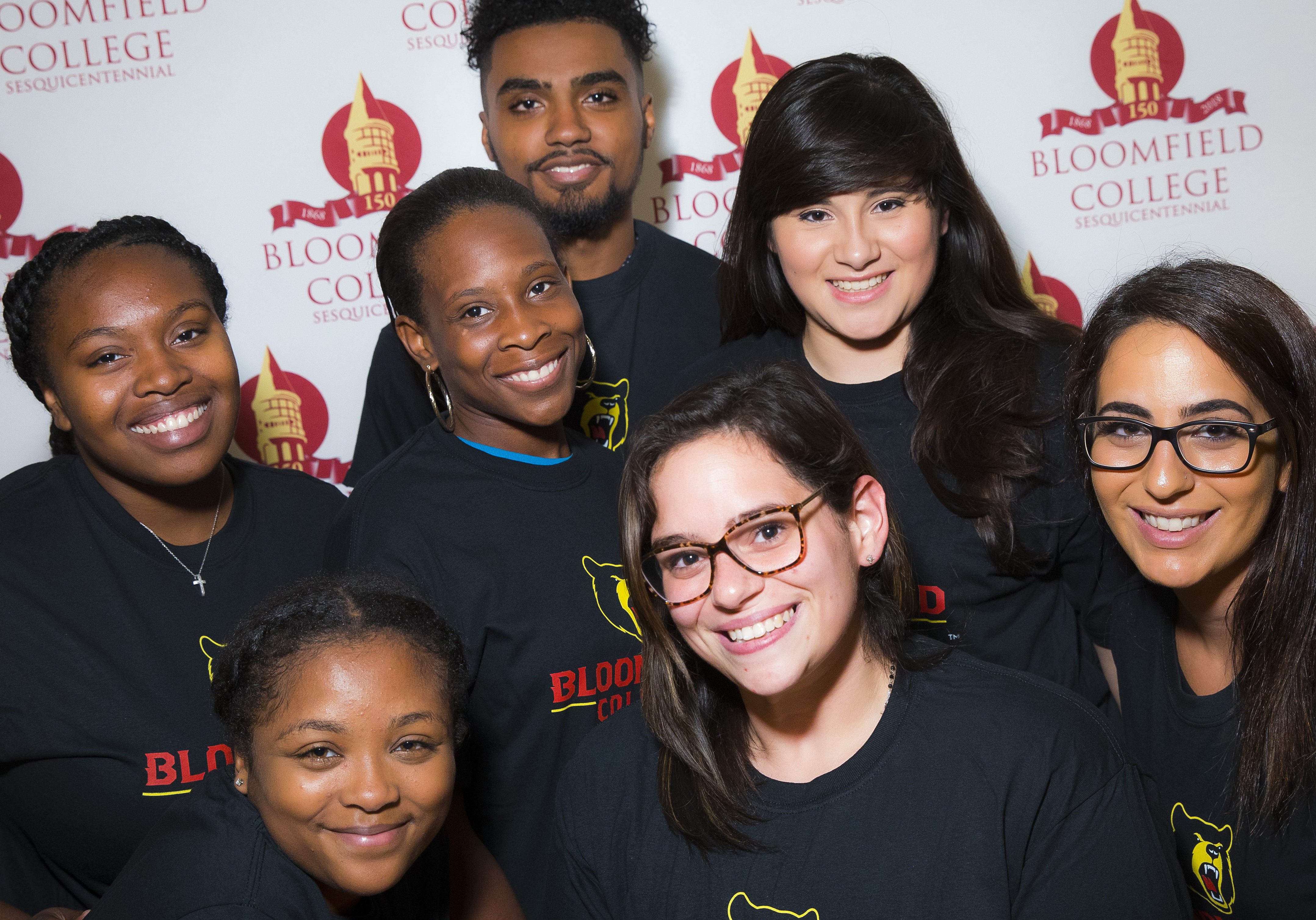