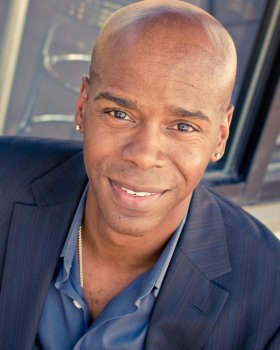 The Jay and Linda Grunin Center for the Arts at Ocean County College, along with Georgian Court University and the Ocean County Library System, co-sponsored Beyond the Classroom & Critical Concerns: Global Education for Girls during the fall of 2016. The two-month celebration examined women’s global education and empowerment among a variety of other topics that students, faculty, staff, and the community explored.

According to Mark Wilson, Director of Cultural Affairs at Ocean County College, the idea for this project began when he met Joan Osa Oviawe, an immigrant from Nigeria, co-founder/executive director of Grace Foundation-Nigeria, and professor at Cornell University, and Mary Mihelic, a painter who’s “53 Running Girls” exhibit was inspired by the girls who escaped Boko Haram. “Their stories and work inspired me to collaborate with colleagues from Georgian Court University and the Toms River Library,” he explained.

“The goal of the program was to engage students, audience members, and residents of the Jersey Shore, in an open dialogue on both the cultural values that affect girls’ access to primary and secondary education, as well as the historical development that has driven their increased access globally,” Wilson continued.

Students, faculty, staff, and the community were encouraged to attend the art exhibits, documentary films, lectures, poetry jams, and seminars, as well as actively participate in the conversation. “It is through open discussions and the sharing of information that we can open our perspectives on the barriers in education for girls and women locally, nationally, and internationally,” added Wilson.

The sessions and presentations offered throughout the six weeks brought theory and practice together to feature extraordinary individuals who are working every day to improve access and equality in education around the world.

Among the outstanding women who presented at Ocean County College were writer and humorist Patricia Marx, whose credits include The New Yorker and “Saturday Night Live.” In addition, La Bruja (Caridad de La Luz) presented a workshop and performance; she is regarded as one of the world’s greatest poets and spoken word artists. And award-winning journalist and foreign correspondent, columnist, and television producer, Jenny Nordberg is the author of The Underground Girls of Kabul.