Atlantic Cape Community College and Rutgers University–Camden signed a Conditional Acceptance Agreement May 11, allowing students to complete three years of a Bachelor of Science in Nursing degree at Atlantic Cape and seamlessly transfer to Rutgers–Camden for completion. 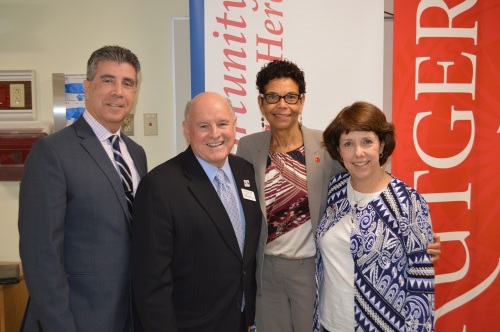 From left, Otto Hernandez, vice president of Academic Affairs at Atlantic Cape; Peter L. Mora, Atlantic Cape president; Chancellor Phoebe Haddon, Rutgers-Camden; and Joanne Robinson, dean of the Rutgers School of Nursing-Camden, signed a Conditional Acceptance Agreement May 11, allowing a seamless transfer for nursing students at Atlantic Cape to continue their studies and earn a Bachelor of Science in Nursing from Rutgers-Camden.

The agreement offers guaranteed admission into Rutgers–Camden RN to BS program offered on-site at Atlantic Cape’s Mays Landing Campus, on successful completion of the Associate in Applied Science in Nursing from Atlantic Cape with a minimum 2.7 GPA, successful passage of the NCLEX exam, and subsequent licensing as a Registered Nurse.

“We are very excited that through this degree our nursing students will have access to continue their education to obtain an advanced credential at a lower cost,” said Myrna Morales-Keklak, chair of the Nursing Program at Atlantic Cape. “More and more, health care facilities require the Bachelor of Science in Nursing as a condition of employment.”

“Through this new program, Rutgers–Camden and Atlantic Cape will collaborate to grow a diverse workforce of baccalaureate-prepared registered nurses who will help us better meet the health care needs of Atlantic and Cape May counties while also helping to grow economic and career opportunities for this region,” said Joanne Robinson, dean of the Rutgers School of Nursing–Camden.

The 3+1 agreement allows students to pay the lower tuition and fees at Atlantic Cape for an additional year, a savings of more than $20,000, before transferring to the Rutgers School of Nursing–Camden.

“Many students who graduate from Atlantic Cape choose Rutgers–Camden in order to earn a world-class bachelor’s degree. Working together, our two institutions are giving area residents the exceptional opportunity to achieve their career and personal goals in a more convenient and expedient manner,” said Rutgers University–Camden Chancellor Phoebe Haddon.

“This is a wonderful opportunity for students in our region who wish to pursue their Bachelor of Science degree in nursing,” said Nancy Powell, PhD, MSN, CNM, RNC-OB, director of Nursing Professional Practice and Development, AtlantiCare, who, as director of the RN to BSN Program at Rutgers, helped to design the program. “It also moves the profession closer to having 80 percent of nurses baccalaureate-prepared, as the Institute of Medicine called for in its 2010 report, The Future of Nursing.”

This agreement expands the long-standing relationship between Atlantic Cape and Rutgers. Last year, the two institutions signed an articulation agreement that creates a direct path to the New Brunswick campus.

“This relationship is built on a successful model of higher education partnerships flourishing throughout the state and country and is a cost-efficient way to meet the growing demand for higher education in the state,” said Dr. Peter L. Mora, Atlantic Cape president. “We have a strong relationship, and this is another increased level of high-end opportunity for our students.”

Rutgers and Atlantic Cape partnered in 2006 to expand opportunities for residents of southeastern New Jersey. “These collaborative efforts resulted in the opening of the Rutgers Lifelong Learning Center in 2012, which is currently serving over 300 students,” said Jason Jankowski, manager of academic programs for the Division of Continuing Studies at Rutgers. 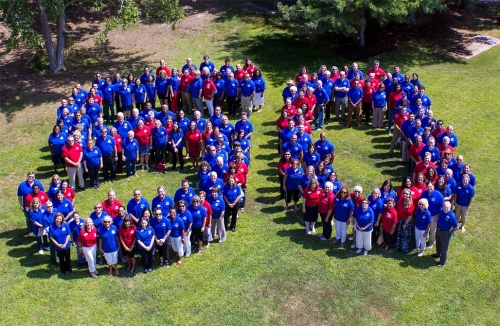 Atlantic Cape Community College faculty, staff, Board of Trustees and Foundation Board members gathered together at the Mays Landing Campus at the start of the fall semester to create a human 5-0 photo to celebrate the college’s 50th anniversary of creating opportunity for Atlantic and Cape May County residents.

The college will kicked off a yearlong series of 50th anniversary events with a Community Day Sept. 17, at the Mays Landing Campus. The event was free and open to the public and featured live music, face painting, a drone demonstration, food trucks, paintball, Atlantic City Aquarium’s Traveling Touch Tank Exhibit, craft and nonprofit vendors and much more. 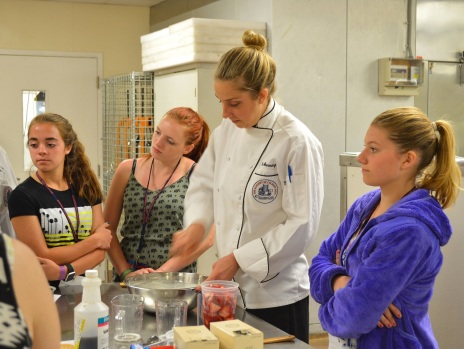 The event, sponsored by the AAUW, South Jersey Gas and the Atlantic Cape Community College Foundation, was aimed at encouraging young women in grades 9-11 to further their education in Science, Technology, Engineering and Math. Jobs in the STEM fields are among the fastest growing, and generally have higher salaries than jobs traditionally held by women.

Teentech featured a series of laboratory, engineering and math workshops that attendees could choose from based on their interests, including “3D Future NOW,” The Science of Cooking,” “Engineer This” and more.

“I think the students were blown away by the state-of-the-art equipment they got to use in their workshops and the passion of our educators,” said Donna Vassallo, dean of career education. “This was a really exciting first for us, and we wanted the students to walk away with a new perspective on STEM careers and the education Atlantic Cape offers.”

“We want you to be inspired to take on the world,” said Carol Cohen, president of the American Association of University Women New Jersey. She said the organization offers leadership programs and networking opportunities for women nationally, and has a presence in 900 colleges and universities, including 27 in New Jersey.

“There are a wide variety of career options at South Jersey Gas,” said Kim Eby, senior director of talent management at South Jersey Gas. “We participate in many community events, such as teentech, so students can learn about them and the skills needed to be successful.”